Should we re-use graves?

It’s thought that almost of half of England’s cemeteries will run out of space within 20 years. Everything points towards the government beginning to find ways to stop cemeteries becoming overcrowded. But the most obvious and effective way of doing so – re-using graves – doesn’t sit well with many people’s ideas of a loved one’s burial. We ran out of space some time ago, and we should start thinking about the problem again.

History and debates around re-using graves

Reusing graves is far from a modern phenomenon – the problem of overcrowding hasn’t sprung itself on us, it’s been building for over 150 years. As cities became crowded after the industrial revolution, church graveyards started to overflow. While re-use of graves had been a common practice, churchyards were becoming a bit of spectacle due to all the dug up bodies. Then, the Burial Act of 1857 banned the practice.

Currently, the general position is that buried human remains may not be disturbed without specific authority. This has been the position since 1857.

The last time the topic came up was in 2004. The Labour government at the time outlined a method that involved digging up the remains of an existing grave, deepening the grave, putting the remains back (in a new coffin, if necessary), and using the rest of grave for fresh burials. The proposal has been left under review since. 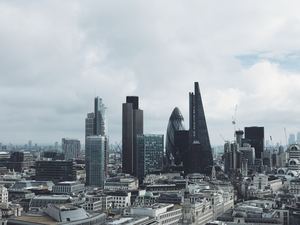 Grave re-use is on the rise

In recent years, London burial authorities have started to take up the idea – the City of London Cemetery has already re-used 1,500 graves.

Gary Burks, manager of the cemetery and crematorium in east London, has been reusing graves that are at least 75 years old since 2009. Notices are posted on the headstone for six months beforehand to give people time to come forward if they object.

In most cases this involves deepening the grave so the original remains are lower in the ground, and making a second burial on top.

In 2016, the City of London Cemetery converted a waste area into a four-acre site for new graves, resulting in 3,000 new plots.

By demystifying the process and showing that graveyards can be run properly sustainably, the City of London cemetery has laid down the model for other cemeteries to follow. As Gary Burks has said, “We are in a position now where we can provide families with grave space, forever. We are the UK’s first sustainable cemetery.”

There’s no national assessment of grave spaces in place

While the Ministry of Justice is responsible for cemeteries, there’s been no formal survey carried out by government into how much space is actually left.

Instead, the University of York Cemetery Research group has found that in London, in a 2010 report, by Dr Julie Rugg, eight boroughs were already full and nine more would run out of space by 2020.

Another survey carried out by York into public attitudes towards reusing graves found that the majority of those interviewed didn’t think reuse was a bad idea – amongst some groups there was strong support. Regional variation in attitudes, however, was quite wide.

We think that a national reassessment into grave space is due. As Tim Morris of the Institute of Cemetery and Crematorium Management has said, “In the end, burial could be priced out of existence. Re-use is the only sustainable option available.”

For some, the re-use of graves is a solution too far. It even became a debating point in the 2016 London mayoral elections.

Here’s some of the arguments against grave reuse:

Given that most of these arguments can be tempered by proper protocols, the fact that most bodies will completely decay within 50 years and the sustainability of the practice, we don’t think that these arguments are as convincing as those for reusing graves.

Are there are currently any policies around re-using graves? 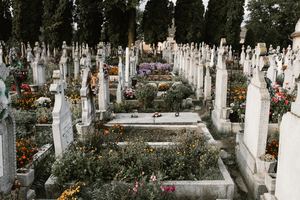 The ICCM has issued guidance on policy surrounding grave reuse in England and Wales. Recognising the sensitivity of the issue, the policy stresses that graves should be dug deeper rather than reusing graves where only the remaining depth is used. It also states that graves intended for reuse must be at least 75 years old.

Over at DEATH.io we have articles on arranging a burial service

If you’re looking for something different, get more hands-on with something resembling DIY

Does my pet need a funeral?

What happens when you donate your body to science?