The funeral world seems to be full of opportunities to make mistakes, just look at Japanese funerals. It feels like almost every aspect of a funeral has a proper etiquette to follow. Among the most misunderstood of these is the funeral procession.

When the pace on the road slows down, it’s normal for roadworks or tractor drivers to get the blame. But occasionally, it’s a funeral procession. The procession is when they take the body from the place of the ceremony to the burial or cremation site. The problem with funeral processions is that they’re very private events spilling out into the public. Not everyone is expecting it or knows what to do.

Does anyone know what to do?

If you don’t know what to do when you come across a funeral procession, fear not. You aren’t alone. According to a 2016 study, carried out by Wilcox Limousines (one of the UK’s largest funeral vehicle producers). 59 percent of funeral directors in Britain do not think today’s drivers have good “cortège etiquette”, and that 91 percent don’t think people know what’s expected of them when passing a procession. 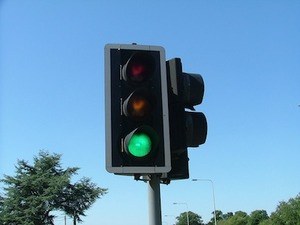 The survey asked if they thought people know what’s expected of them when they encounter a funeral procession. 71% said “not fully”, while a further 20% simply said “no”. When asked if British motorists understood what good funeral cortege etiquette as 51% said no.

CEO of Wilcox Limousines, Paul Wilcox says “Unfortunately, it isn’t uncommon today for people to have next to no idea about the proper etiquette that’s required when passing a funeral procession”

What to do when you are part of a funeral procession

What to do if you encounter a funeral procession

Try not to get frustrated at the speed procession, or the delays it causes. The people aren’t there by choice. So, try not to honk and don’t attempt to overtake.

Give right of way:

If it means missing a green light, it will be easier, in the long run, to let the procession stay together. Typically the last car will have its hazards on (or in some cases, flags) to show it is the final car, so you’ll know when it is the end of the procession.

Many of the rules in the Code are legal requirements and failure to follow them could end up in fines, points on your licence or total disqualification from driving. Even the Queen got reported to the police for breaking it.

Other things to think about

If you a pedestrian crossing the road, it is respectful to wait until they have passed before you cross the road. Similarly, if you are carrying out roadworks, it would be a good idea to momentarily pause while they pass.

Once you arrive at the cemetery remember to act appropriately. Some people will avoid unnecessary socializing, others won’t. Generally, it’s better to assume they won’t.

As always, if you’ve never been a part of a funeral procession and are asked to, speak to others attending the funeral or a funeral director. They don’t want you to make a mistake just as much as you don’t. However, in order to avoid embarrassment and potentially dangerous situation, it’s going to take some compromise from both parties. It’s mostly the public, though.

If you are looking for more advice and useful information head to our help and support page. Or for help on planning your own or someone’s send-off, check out our funeral planning page.